Camp Nou, a football stadium in Barcelona build in 1957 and has a capacity of 99 050 places. Camp Nou is the stadium where the soccer players of FC Barcelona compete in matches and draw in crowds of typically 120,000 spectators at each one. The official name of the stadium since the opening in 1957 untill 2000 was Nou Estadi del Futbol Club Barcelona. The name Camp Nou, Catalan for “new field”, was already used as a nickname and it was adopted in 2000 after a vote among the socios (club members) as official name.

People from all over the world make their way to Barcelona, Spain each year in hopes to score a ticket to at least one match of the season but due to the amount of fans, it is often sometimes hard to do so. However, if obtaining a ticket is possible, many say that the cost and the hassle of dong so is all well worth it as there is truly nothing like being in the stands during an exciting FC Barcelona football match.

Camp Nou is also able to offer its guests an entrance inside the FC Barcelona Museum where visitors can wander about, gain an inside look at the history of the stadium and its many teams and players, gain behind the scenes look and wander onto the actual player’s field.

If heading to Camp Nou during your next trip to Barcelona, be sure to make reservations ahead of time for tours of the museum and get in line early for purchase of the football match tickets.

Did you know the construction took 3 years and went 336% over the budget?

How to Visit Tenerife on a Budget 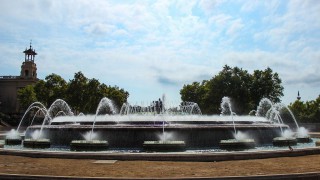 Making the Most Out of Your Barcelona Trip